New Mexico Writer is on the Move Again 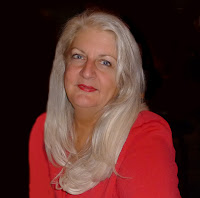 When last we talked, I had just moved to Albuquerque to the Sandia Park area. That was over a year ago. I stayed in Sandia Park for six months through a mild winter, only got snowed in three times. Made some really good connections and friends in the big A. Started teaching small business owners how to build their own websites, create compelling content, and do it all for a low price. I was driven to help those who want to launch heart centered businesses on the internet get up and running. I conducted classes every Saturday at one of the recreation centers. You can see some of the businesses that got launched through the classes at: http://webclassesnm.com/student-websites.php

After a wonderful Christmas holiday in Houston with my kids, all three of them together at the holiday for the first time in 5 years, I returned to Albuquerque to begin a new project. I joined the core team for the Wake Up Now Conference that was held at the end of April 2011. I spent four months building and updating a website, posting to Facebook and Twitter and helping publicize the Conference as much as possible.

It was a very successful conference with almost 500 attendees and 16 major internationally known speakers. http://wakeupnowconference.com. You can still buy the DVDs of the speakers on the site, and it helps support the School of Now for the evolved children being born now. About a month before the conference, I moved in with the founder of The School of Now to help build a new website and initiate the funding process for the school.

Also, during this time, I reconnected with someone I originally met in Houston, and we launched the meetup group, Connect, Grown and Manifest in Albuquerque. We hosted several alternative healing and metaphysical gatherings each month. We now have over 70 members. Give a Healing, Get a Healing continues to be very popular. Chakra balancing, past life regression and future self integration processes also are very popular, and although I'm no longer in Albuquerque, Lucinda continues to grow the community of wisdom seekers in my absence. I do intend to participate in some groups in the future.

In July, as I began to look for the next project, an opportunity in Houston showed up that looked great. However, it was not meant to be as it dissolved after I returned to Houston. In the process of exploring what I would do next, I connected with Dr. Bera of the Bastis Foundation. She is creating a healing retreat center and healthy living facility on her land in the Zuni Mountains. She needs the skills that I have, and we are now planning for me to move there in October to begin building a website and helping with the funding. I seem to be drawn to lots of service organizations, don't I? It's a kind of shamanic marketing process that I do, getting to know the client and the business intimately.

When my son heard about the project, he felt connected to it, and is planning to go with me to the mountains to help with the remodeling of the facility, replacing old construction materials with green products. They also have a dog sanctuary, and he loves dogs and wants to work with them.

So, another leg of my journey begins, a new phase. I'm looking forward to having some time for writing and contributing to this new venture. Dr. Bera is a joyful, lovely person. Onward and upward, I say.
Posted by WritingMuse at 2:59 PM No comments:

I'VE BEEN USING VISTAPRINT FOR YEARS

Save up to 80% on custom printed products at Vistaprint. Order today!